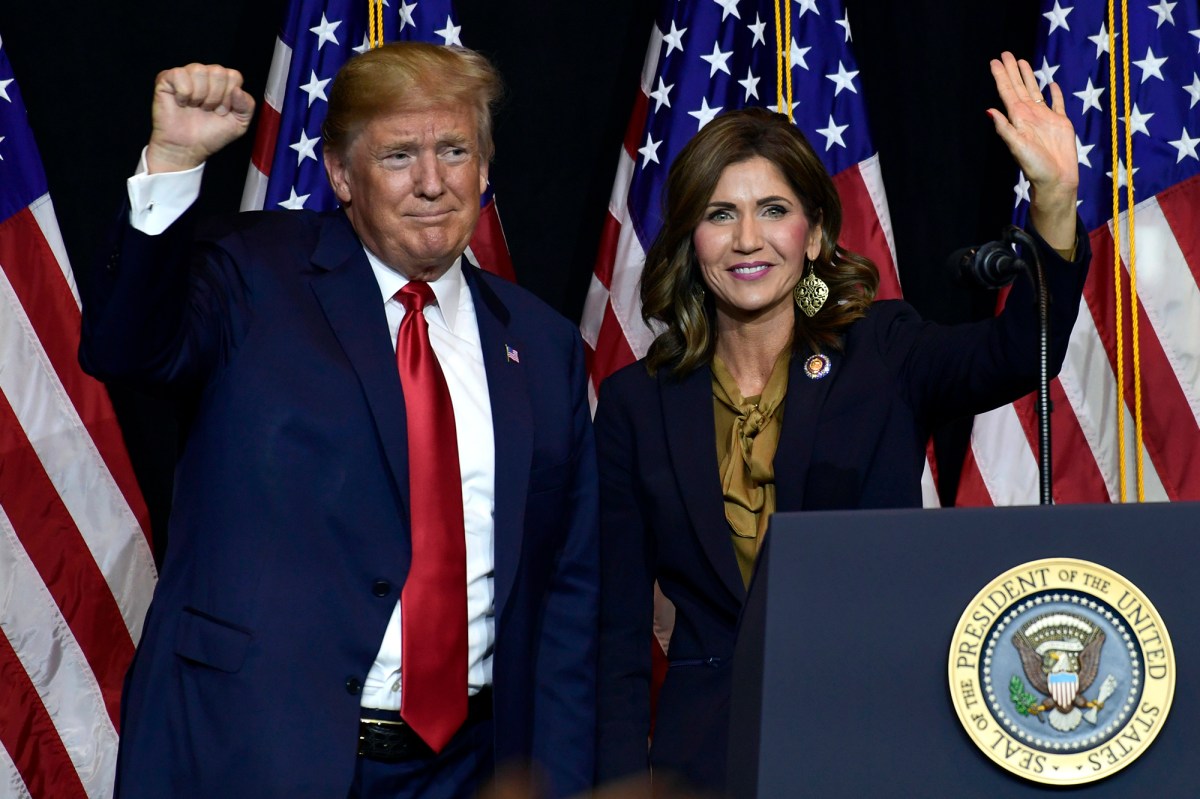 South Dakota has turned down President Trump’s offer of a $300 weekly boost in unemployment aid amid the coronavirus pandemic.

Gov. Kristi Noem on Friday said her state was “fortunate” not to need the federal funds, citing the rebounding local economy and recent job growth.

“South Dakota’s economy, having never been shut down, has recovered nearly 80 percent of our job losses,” she said in a statement.

“[It] is the only state in the nation that didn’t have extended benefits kick in because our insured unemployment rate has been the lowest in the nation,” Noem added.

The federally enhanced unemployment benefits were included as part of an executive action Trump announced last week. The move came after Congress failed to extend the $600-per-week supplement that expired at the end of July.

The executive action said states would have to pay for 25 percent of $400 weekly unemployment benefits. However, following outcry from cash-strapped states, including New York, the Department of Labor said any $100 already being paid in regular unemployment insurance could count as the match requirement.

Four states — Arizona, Iowa, Louisiana and New Mexico — have applied for and been approved for the program, Trump tweeted Saturday.

The governors of Alaska, West Virginia and North Carolina said last week that their states were in as well, CNN reported.

South Dakota appears to be the first state to say it doesn’t need the extra cash.

“My administration is very grateful for the additional flexibility that this effort would have provided,” Noem said in the statement, “but South Dakota is in the fortunate position of not needing to accept it.”

The Mount Rushmore state’s unemployment rate was 7.2 percent in June, down from 9.4 percent in May, though still more than twice March’s 3.1 percent rate.

The latest on the coronavirus pandemic: Live updates – CNN

We use cookies to ensure that we give you the best experience on our website. If you continue to use this site we will assume that you are happy with it.That's finePrivacy policy